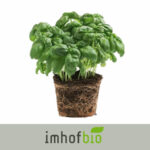 Basil stems from the Greek word "basileus", meaning king. In countries like India, the plant is sacred to the gods Vishnu and Krishna and is considered the protector of the poor. The aromatic scent alike to cloves has a disinfecting and cleansing effect. 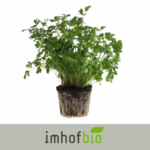 Flat leaf and curly leaf Parsley are one of the most used ingredient in Europe. In ancient Greece parsley was looked upon as a holy plant. In medieval times it was used as remedy and later used to cook and season food. 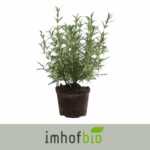 Rosemary is native to the Mediterranean and is still growing wild in coastal regions from Portugal to the Ionian Sea. The name comes from the Latin "ros" (dew) and "marinus" (sea). The bees love rosemary that grows and blooms almost all year round. 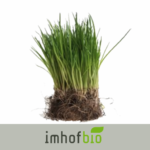 Where chives originally came from is not entirely clear. Of course it thrives in warm alpine to arctic Europe. It is possible that chives were also native to Central Asia and the Mediterranean region and came to Europe from there. 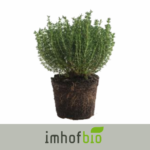 Thyme, from the Greek "thymos" (spirit, courage), has been known since ancient times in the Mediterranean countries for its rituals, symbolism and healing properties. The Romans brought the plant to Western Europe. It has over 300 varieties.